Halogen bulbs to be banned in the UK from September 2021

In a landmark decision by the British Government, Halogen bulbs, once a household essential in the UK, will no longer be sold in Britain. This means fluorescent lights are to be phased out for good.

Halogen light bulbs being banned will help to cut carbon emissions in line with Government targets. How much of a difference will this move make? Well, quite a large one in fact, this move will reduce the county’s carbon output by the same amount as a million cars being removed from the roads across the country. That’s an estimated reduction of 1.26 million tonnes of carbon emissions every year!

The sale of high energy fluorescent light bulbs will also begin to be phased out of use under the Governments climate targets.

Under EU ruling, the move to ban halogen bulbs has been in process since 2018 with manufacturers and imports being stopped. As of September 2021, retailers will also be banned from selling halogen bulbs for good.

This move will push the increased use of LED lighting with an expected 85% of all UK bulbs being LED by the end of 2030. These more energy efficient and longer lasting bulbs are proved to be better for our environment as a whole.

What’s more, the legalisation also targets the use of other high energy fluorescent lighting such as strip lights that are found in many offices and commercial properties with an expected outright ban by 2023.

LED light bulbs, great for the environment & your bank!

With this push toward more environmentally friendly, energy-efficient lighting in our homes and workplaces being a big part of the Government’s lower carbon mission we will see a huge shift in the lighting used across the country. LED lighting is commonly thought to be more expensive to purchase but with LED bulbs lasting on average 5 times longer than conventional lighting and having just 5% of the energy output, they could save you on your energy bills in the long run!

Is it time to change your lighting in your home or workplace? Well, if you live and work on the Isle of Wight, ETL Electrical Solutions can help you to make the switch! Get in touch today. 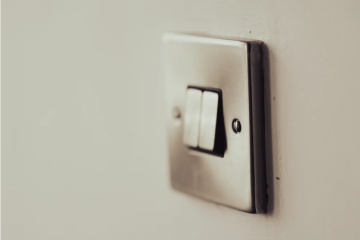 If you’ve gone into a room, flipped the light on and received a shock, call a professional electrician right away. While a minor shock from a light switch is likely harmless static, if you experience Read more…

The dangers of faulty wiring within your business.

We have all heard the horror stories of shortcuts taken within the building trade, rogue traders or even dodgy landlords taking risks to save a few quid. But at the end of the day, are Read more… 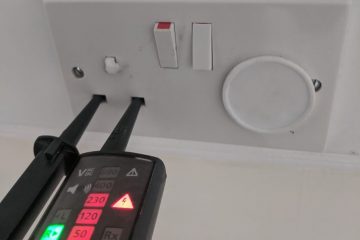 Are ‘Child-proof’ socket protectors safe to use?

The ETL Electrical team have been asked if these, so called child-proof protectors are indeed safe for homeowners to install or not. Let us look at just how dangerous these socket covers really are.

Simply fill in the form and one of our dedicated team will get back to you as soon as they can.

Get A Free Quote

Find us at the office

Give us a ring